I recently found out that Chex Mixes are really easy to make and that there are about a million different kinds! Did you know this?

I also found out that Chex Mix recipes are perfect to do as a family kitchen project and that my son loves to eat them! So making a Chex Mix after school has become a regular activity for us, and he loves to include the mix in his lunchbox the next day.

This recipe is adapted from the Peppermint & Chocolate Chex Mix from the Chex website. I thought this would be fun for Christmas… plus Ivan loves peppermint. We played around with the recipe a little bit and added some of our own touches.

You can find a ton of Chex recipes at Chex.com. Baking and playing in the kitchen can be a lot of fun, but this is also a place where kids can learn new skills and try new foods.

Ivan had never really liked marshmallows before this, but for some reason he was really interested in them as we added them to our Chex Mix. He actually reached into the marshmallow bag, pulled out marshmallows and ate them all by himself! This may sound like a small thing… but for Ivan this is huge!

And to think it was an afternoon of making Chex Mix that allowed Ivan the opportunity to work on this skill! 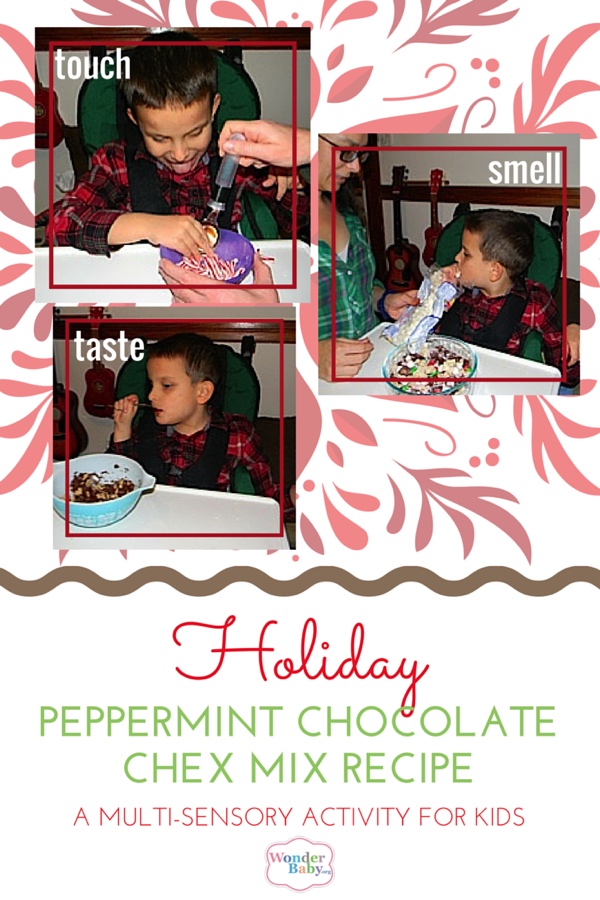 7 years ago Holiday Crafts and Ideas
1112