How to Use Twitter for Parents of Kids with Visual Impairments. Are you on Twitter? Here's why you should be!.

Officially, Twitter is a social networking service that allows users to send and read 140-character messages appropriately called “Tweets”. More simply put, Twitter is another way to connect, share and interact with others online! But don’t let the famous “140-characters” trick you into thinking that you’re limited to sharing only words (for example, check out what these top 10 users on Twitter are sharing about blindness). You’ll find links, pictures and videos on Twitter, too. In comparison to Facebook, Twitter is similar in many ways, but it also has a number of advantages over the aforementioned super-network of friends which you may not have realized. So, take a moment to learn more about Twitter and how you can benefit from becoming a Twitter User as a parent of a child with visual impairments!

Twitter is set up with each user being an actual person (whether an indvidual, celebrity or a band), a brand, company, or organization, or even a specific product representation. You can share as much or as little (even nothing!) about yourself as you decide. On your homefeed, you’ll see Tweets from all the people you choose to follow. The newsfeed updates continuously with all the new Tweets shared by the people you follow. Again, it’s your decision which users you follow. You can then read and do nothing, click on it to view a linked website, image or video, Retweet the message, reply with your own message, or simply “favorite” the Tweet (much like Facebook’s LIKE button).You’ll notice little notifications bubbles popup on the top of your newsfeed alerting you that there are new Tweets available, as well as to let you know someone has mentioned you in a Tweet, Retweeted or favorited one of your Tweets. You also have a way to interact privately with other users using the Direct Message feature.

You may be thinking, “I don’t want to deal with another social network!” We get it! It can be overwhelming to have a constant stream of information being flashed in front of you every second of every day if you let it. However, considering that there are ways to customize Twitter’s settings to specifically fit your own unique needs and desires, the advantages for some parents often outweigh the negatives of being part of yet another social networking platform.

Bookshare Customer Service is on duty Mon – Fri 9AM to 5PM PT http://t.co/MFsfgntUGw

This cool new #app enables users who are #blind to "feel a smile" thanks to facial recognition #technology! http://t.co/f0vXUnQxsN

Join us tomorrow night at 8:00 pm for this week's #ATchat with guest moderator from @Bookshare. #spedchat https://t.co/vNqMenVpTP 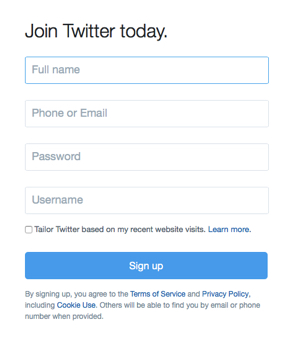 Good for you! You’re about to join 304 million others who use Twitter monthly around the globe! The best part, it’s really simple (as you can see in the example sign up box to the right). Here’s how:

Need more assistance? Here’s where you can find more information on picking a username and signing up with an email address provided by Twitter: Help Signing up with Twitter.

Try downloading the Twitter app on your phone or tablet to make accessing Twitter even easier. You can also elect to receive notifications (or not!) on your device for updates. Again, you can customize your preferences in your Twitter Profile Settings online as well as your mobile device. You’ll start noticing the little blue bird logo and hashtags everywhere from product labels to commercials, and of course online! Happy Tweeting! 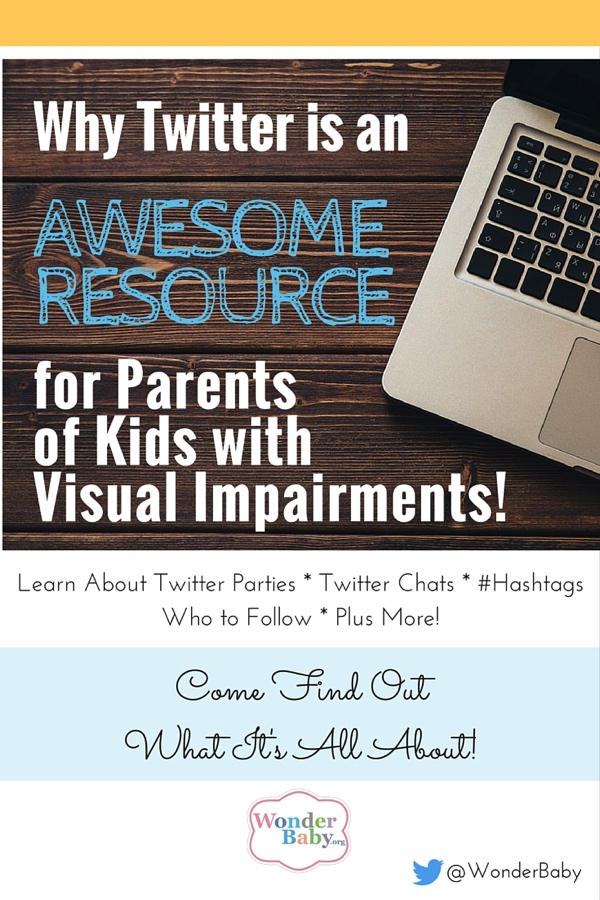 This guide was created by WonderBaby.org and is not endorsed by Twitter, Inc.

Sep 20, 2015Hillary Kleck
What are your thoughts?
Am I Failing My Child?To My Loved Ones Who Want to Help Me Feel a Little Less Lonely

How to Potty Train a Stubborn Toddler
13865