How My Disability has Taught Me to Embrace My Own Uniqueness

Growing up with cerebral palsy in an environment where there was no one to really identify with made it difficult to establish my own normality. So I grew up spending most of my time trying to be the normal I saw around me and fit in. This was fairly ironic seeing as how I am anything but normal by nature!

I learned it was important to be more like others and less like me if I were to fit in, and yet no matter how hard I tried to fit in, there were always skeptics. From a small child wanting to wear roller-skates to my decision to become a teacher I have always been met with scepticism. Which means that I have spent a large amount of my time proving people wrong! If the scepticism was meant to deter me, it had the opposite effect entirely and instead fuelled my determination to succeed, if only to prove the impossible possible. Each obstacle enhanced my belief in myself and strengthened my spirituality.

I succeeded. I became a teacher, got married and had children.

However, sometimes when you think that you have figured everything out and you appear to have a handle on the situation, life throws you a curve ball. In my case it was a stroke. After the stroke the full extent of my disability came to the fore. Where before I had a slight limp and my hand was only mildly affected, I lost function in both. I also lost my ability to speak clearly and concisely.

What did I do? I did what I do best. I adapted. All the while those around me continued to struggle to come to terms with the situation. As far back as I can remember it was instilled in me that I would one day have to provide for myself. The option of it being someone else’s job to look after me has always been very far removed from my reality and never an option. 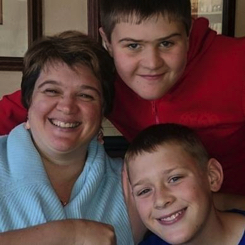 I choose to accept circumstances as they are rather than dwell on what I was capable of before. Admittedly this has not been an immediate reaction. I am indebted to my children who, from the onset, accepted who I was and in turn allowed me to do the same. The stroke has allowed me to embrace my new uniqueness. Instead of feeling ashamed of what has made me different to everyone else I have learned to take pride in my individuality. I would never have done this in the past.

I have never lost my passion for teaching or for discovering my sense of self. I feel rather that I now know who I am and I am more at ease with myself. My goal of passing on knowledge and broadening horizons has always been the same, but I have had to adapt my thinking and learn to let go of the conventional and listen more to that little voice inside my head that says don’t give up when everything else around me has.

I still feel like I have something to give and while my body may have given up, my belief that my voice can still be heard is something I hold on to. I use it to motivate me especially on days when I think “what’s the point?” I like to think that this unexpected detour in my road has not been in vain. I hold on to the hope that maybe in my own small way I can contribute and make a difference. Attitude is everything!

I would like to teach my children that whatever challenges you face in your life it is up to you to decide how you confront them, learn from them and find something positive to take from them. It’s your choice.

I don’t believe that my story is different from many others. The difference may only be that I have chosen to share mine with you. I am naïve and idealistic enough to believe that like Martin Luther King or Helen Keller (who had such conviction within themselves and their beliefs) it only takes one individual to stand up, be counted and make a difference. This is what truly motivates me.

Perhaps if we all made a positive difference in our own unique way we would feel more connected to each other and less afraid to be imperfect. 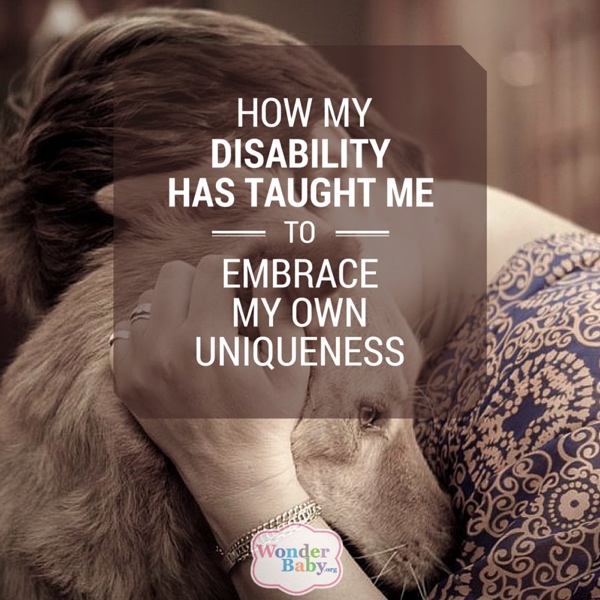