The World of 3D Printing

What is 3D Printing?

So you’ve probably heard it mentioned in the news or shared on social media, and thought, “Wow! That’s awesome!” but now you wonder, “What is 3D Printing and how does it work?” Well, it’s actually pretty simple technology for the infinite possibilities it poses for today and the future. 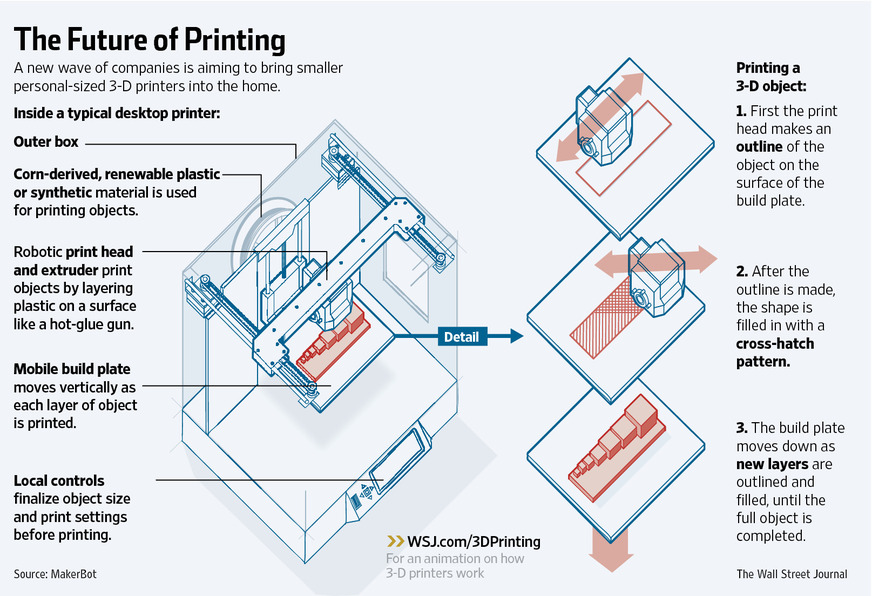 “3D Printing” is the term used to describe the process of creating a 3-dimensional physical object using a printer that extrudes plastic filament or other material to actually create the object from a digital CAD (Computer Aided Drafting) file.

Some of the most popular 3D Printers are “additive manufacturing” printers, like the Replicator from MakerBot and the Cube from Cubify, which build the object by adding horizontal layer upon layer.

The printers are shaped like a cube and open in the middle where the object is formed on a flat plate. They each have a moveable arm where the plastic is ejected from a spool (similar to thick fishing line) and fed through an extruder head onto the plate. The arm follows instructions from the CAD file to move around and eject the plastic in the correct areas, building up from the bottom until the object is finished.

How are the digital files created? A designer creates them on a computer from scratch, or can even customize a model created instantly from a 3D scanner or digitizer. If you’d like to see a 3D printer in action, watch this time-lapse video below of a MakerBot Replicator Printer making a replica of the New York Skyline.

20 Best Science Projects for Kids of all Abilities

All kids no matter their abilities or disabilities are curious and natural science learners!