What ever made me think that Shelby could not have an enviable life? Have you ever thought about your child having a life to be envied by others? I never did. I knew Shelby could have a happy and well-cared for life but I mistook these things for “an enviable life.” I didn’t even know I had this mis-belief until I started taking workshops for parents of special needs children where I met older and more experienced parents who are giving their kids enviable lives.

In Massachusetts there are several organizations that provide training and resources for parents of special needs kids; two of which are the Federation for Children with Special Needs and Massachusetts Families Organizing for Change. I’ve learned about basic rights in special education, have completed an Advocacy Boot Camp, will take classes on IEPs and communicating at IEP meetings, and am in the beginning sessions of a Family Leadership Series. 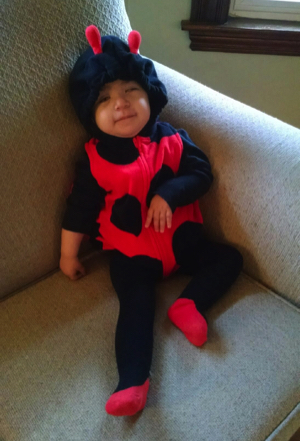 Shelby is an enviable ladybug

I’ve been transformed. What I am learning will rock Shelby’s world, starting with this new-to-me concept of “an enviable life”, a phrase for which I can not take credit. I could get in to the reasons why I never considered this for Shelby, but I think it comes down to I just didn’t know. But now I do know and I want other parents to be empowered, to desire, and to create an enviable life for their kids too. Again all this is new to me, new like within the last three weeks new, but here are three ingredients for Shelby’s enviable life (there are probably more for this list but I haven’t learned them yet).

Other good examples of enviable lives can be seen in videos of the dad competing with his daughter in a pageant and of another dad and son enjoying a skate park.

I know within our WonderBaby world there is no judgement and it is a little scary putting something like this out there that could be misconstrued as “I had no faith in my kid” or “I didn’t think my kid was capable of anything.” I am exposing my ignorance because even though I love Shelby deeply I honestly didn’t know the difference between a ‘happy life’ and an ‘enviable life’. And if I, as Shelby’s loving, passionate, persistent, and educated mum didn’t know then there must be others who don’t know as well.

Shelby deserves an enviable life because she is my daughter, a little girl perfectly created by God, just like any other kid, just like your kids. I want to encourage all of you to start pursuing leadership training and learn for yourselves. My little post here does not do justice to all that I’m learning. It’s amazing and freeing to know that Shelby can have an enviable life, that Shelby is not her disability first—and that my friends is something else I am learning about and another topic for another blog post. 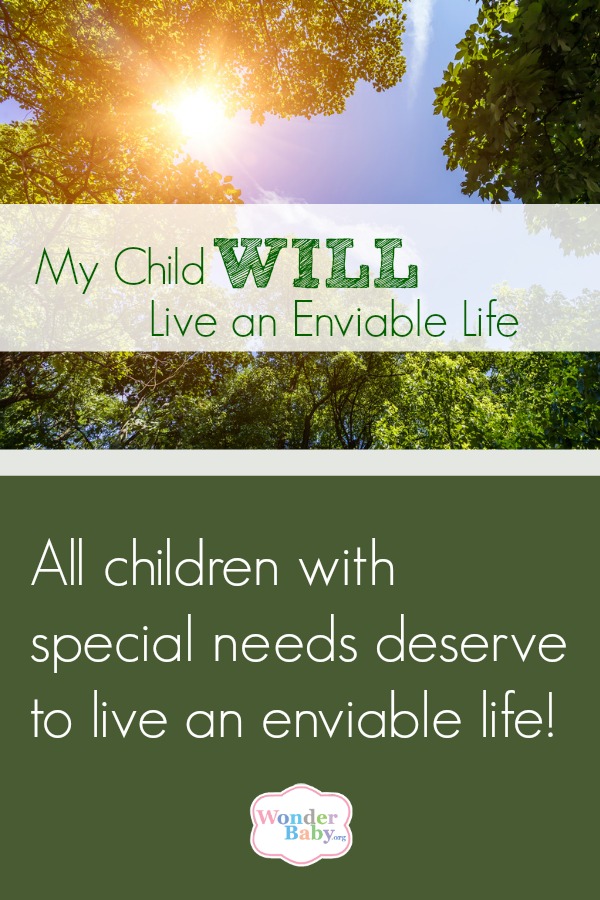