Have you ever had a full-body cringe moment? My life is filled with them. I remember when I was five and a half months pregnant with my twins and working in Boston (I was HUGE and obviously pregnant). I was waiting for an elevator with some other people, when the doors opened and I saw there wasn’t enough room for me and the pregnant woman next to me I remarked, “What no room for us pregnant people?!”

You know where I’m going with this right?

Her response: “I’m not pregnant.”

As I’ve been navigating how to explain to people why Shelby looks the way she does, or if she’ll walk or talk I’ve come up with some pretty good canned responses. We are a family of faith, so many of my responses go something like this: “Shelby will walk when God tells her body it’s ready.”

This is true. Nothing wrong with it. It covers all my bases.

We had a playdate a few weeks ago with a new girlfriend who has two typical kids and one who has special needs. Everything was going great – until one of my twins said, “What’s wrong with her face? Why does she look weird?” or something like that.

I did a full-body cringe and then blacked out from embarrassment. Once I recovered, I used my standard line on the twins, “God made her body just the way he wanted,” apologized to the mom, and asked her if there was anything else she’d like me to say to correct them. She said no and empathized with me and said something like, “It’s tough I don’t know what to say either.”

And the moment was over, until I got in the car for the hour ride home and relived it 50,000 more times. My line is true and covers my bases, but it’s also impersonal and cold and I never knew it until I heard myself saying this about not-Shelby.

I also knew what I should have said. It’s so obvious.

I should have said, “She is beautiful.”

“She’s beautiful” NOT “She’s blind in her left eye”

“I love her just the way she is” NOT “She’ll walk, talk, do long division, etc. when the time is right” 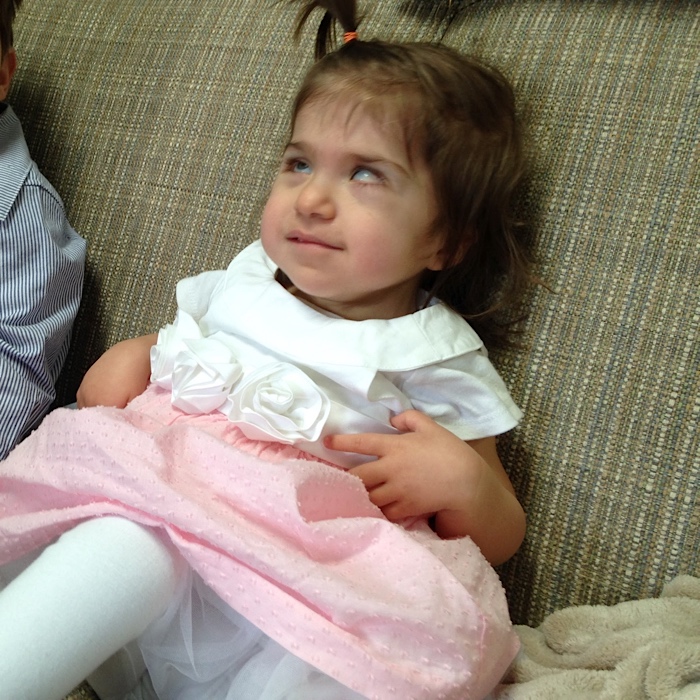 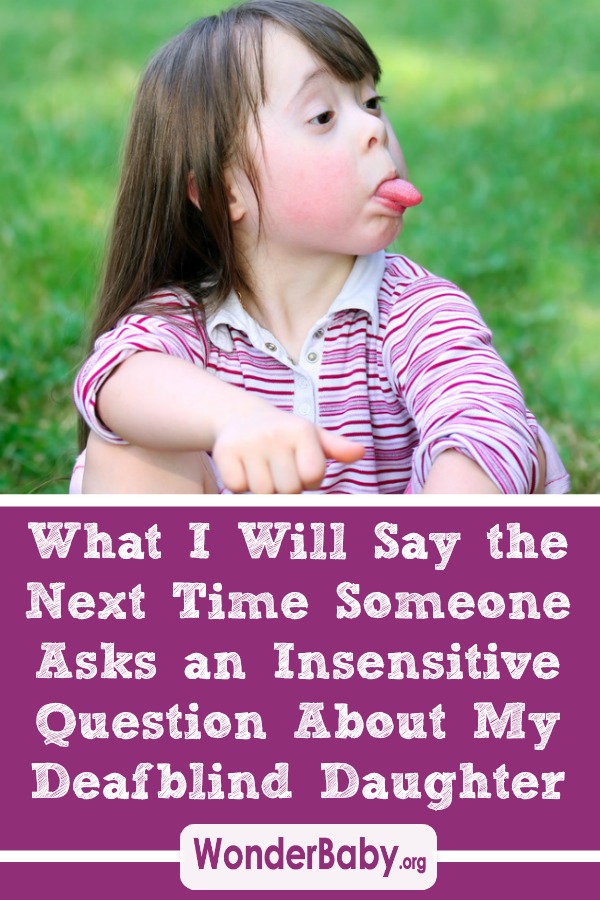