Maybe this scene will make sense to you….

We’re playing at the park in the late afternoon because that’s when there is nobody there. It’s just me and my little guy, Ivan.

Another family approaches and I get tense. Will we have to leave? The family has a little girl about my son’s age, around two, and she laughs as she runs to the swings.

My heart sinks. Why’d she have to laugh?

Ivan’s ear splitting scream can be heard blocks away as we pack up our things and head home.

At two years old Ivan had a huge problem: he hated kids.

And I don’t mean disliked kids or preferred to play on his own… no, my son hated children. If we were anywhere near another child, Ivan would kick and scream like we had just entered the vicinity of a boy-eating monster.

It was as if Ivan was down-right terrified of children.

And we were preparing for him to transition to preschool in less than a year. The prospect of Ivan peaceably sitting in a classroom full of other children seemed remote at best. We knew we had to change this behavior and fast!

Maybe you’ve experienced this with your own child. Kids with vision impairments are often upset around other children. Many times they’ll be doing just fine, happily enjoying a day out with their parents, when suddenly they hear a child laugh or squeal, and the day is done. Other young kids who are blind may even react to their own siblings. I know parents who desperately attempt to keep their children apart so that everyone stays calm. That’s no way to live in your own home!

What can you do to desensitize your child to other kids? (Yes, I did just use the dreaded “D” word.) Here’s what we did for our son…. 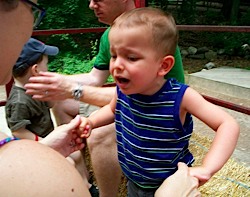 Unlike adults, kids are terribly unpredictable. They run and jump, they laugh and scream; they’re loud, rambunctious, and playful.

Now imagine that you are shrunk down to your child’s size and have limited or no vision. Would you feel comfortable in a room full of children?

Kids are totally capable of being an angel one second and going into tantrums the next. They make very little sense and, oh yeah, they like to throw things.

Your child may simply associate other children with frightening sounds, unpredictable behaviors, and sudden hits in the head from thrown objects. If you think about it that way, being afraid of other kids makes perfect sense!

Many blind kids may also have trouble with sensory integration. Without vision to help put things together, it can be hard to take in all the noises, smells, and sensations coming at us every day. Kids with limited or no vision can quickly feel extremely overwhelmed by loud sounds or other sensory input.

What you need to do is help your child figure out what’s happening around him and change his negative associations with other children. But first, it’s always a good idea to….

Tackling a major problem can seem daunting at first, but if you create realistic and attainable goals you’re more likely to be successful.

When we were trying to help our son acclimate to being around other kids our ultimate goal was that he successfully transition into a preschool program at age three.

But first we began with a smaller goal: I wanted Ivan to be able to sit through the half-hour story time at our local library.

Story time took place every Thursday morning in the Children’s Room. A cheerful librarian would lead the moms and toddlers in song, read a few books following the theme of the day, then close with a couple more songs. This was pure torture for Ivan.

I spoke with the library staff first to explain our problem and what we were trying to do. Having them understand our situation helped tremendously. I didn’t have to worry about being thrown out or getting glared at by the staff. They were on our team and they were rooting for us!

Now with a clearly set goal, we had to figure out how to achieve it!

If you think about it, being afraid of other children is really a behavioral problem. Your child may have perfectly reasonable reasons for feeling the way he does, but his reaction to those feelings is inappropriate. You need to help your child learn new associations, control his own feelings, and curb his behavior. This cannot be done overnight!

With our library dilemma, we began by sitting outside the story room with the door ajar (with permission from the librarians, of course). Ivan could hear what was going on in the room, but he could also hear that the activity was far away and thus feel like he was out of harm’s way.

By sitting away from the action, Ivan learned to listen to what was happening. I explained to him what was going on in the room and he began to understand that story time wasn’t dangerous at all. He never got hurt even though he was still uncomfortable. A big part of what I was trying to do was to teach him that just because you’re uncomfortable doesn’t mean you can run away. Stop, listen, and figure out what’s around you. Is it safe? Are you OK? Then let’s calm down.

We inched closer and closer to the door every week until we were right outside the story room. Eventually we were able to sit on the very outskirts of the room, then closer and closer until Ivan was actually in the middle of story time!

This whole process took about three months and it was only one part of our plan. While we were attending story time every Thursday, the rest of the week we were also working on changing Ivan’s associations about other kids.

Your child may associate other children with frightening, unpredictable things. Part of your job is to change that association. You want your child to hear other kids and think, “Oh, there are kids here, there must be something fun going on!” 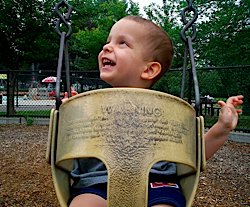 We made a list of things that Ivan really, really liked and then did our best to get him involved in these activities around other children. Here is our list of things Ivan really enjoyed when he was two years old (it actually hasn’t changed much in the past four years):

You see where we’re going with this?

We took Ivan to our local pool almost every day just so he could experience the water. We then asked when would be the best time to come when other kids were there and found out that a class came in every Wednesday afternoon. We were there every Wednesday. Ivan held on to me as tight as he could while we were splashed and tossed by the kids in the pool, but he didn’t cry. The water was too much fun to get too upset about. He was worried about the kids in the water, but still mesmerized by the pool itself.

on other days, during snack time I would pack Ivan’s favorite foods into his diaper bag and we would head out to the playground down the road from our house. We would sit under a tree and eat peaches and peanut butter and jelly sandwiches while listening to kids scream on the playground. Ivan whimpered, but he loved his food so much he put up with it.

After the snack was settled I’d sit Ivan in the swing and let him feel the movement of the back and forth while the other children ran wild around the playground. This was one of the hardest parts of our plan, but eventually Ivan would calm down enough to enjoy the swing while listening to the other kids.

And finally, we took Ivan out to see live music as often as we could. This was the best thing for him. We’d find free library shows, outdoor summer concerts, and any other venue that gave a musician the chance to sing “Wheels on the Bus” to a bunch of screaming toddlers. Ivan would cry and cling until he heard the guitar or piano begin playing, then he would relax and listen to the music.

After months of these activities, Ivan did begin to associate kids with fun things. Kids are at the pool, the park, and at concerts. Kids like to do the sorts of things that Ivan likes to do! If we hear kids, then maybe something fun is happening!

I’m not going to lie to you and say this was a breeze. These were some of the hardest months of our lives. Continually taking your child out to places where you know he will be unhappy is difficult, painful, and counterintuitive. We’re parents and we’re hardwired to protect our kids, not torture them!

But I knew I was doing this with his best interest at heart and I knew that if he didn’t overcome his fears he’d have a horrible time in preschool. As it turned out, after about three or four months of constantly being around other children, Ivan decided that kids weren’t that bad after all! And his first day of preschool was wonderful!

I hope you can find success for your child as well. If you have any tips you’d like to add, please leave a comment below! 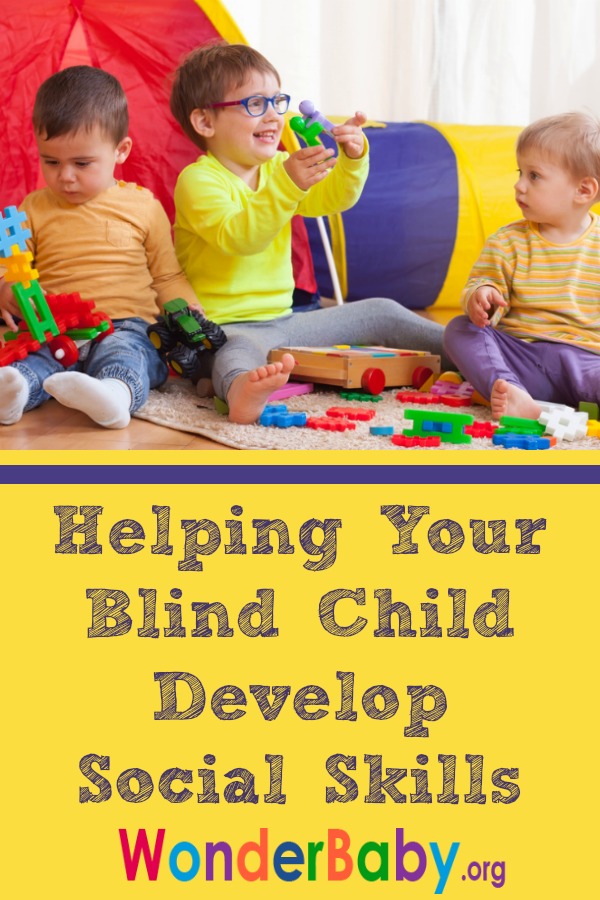