You Can Say That Again! Echolalia in Visually Impaired Children

The word Echolalia derives from the ancient Greek myth about a nymph named Echo who could only repeat the last words of other people. Unrequited love left her heartbroken and she pined away until only her voice remained. It’s a cautionary tale about love and loss.

You may think this is an old story with little relevance today, unless your blind child is constantly repeating everything you say or seems to get stuck repeating one word or phrase over and over. In that case, you may have your own little Echo on your hands.

Does this conversation ring a few bells? (Please excuse the grammar—it’s a real life example from my real life!)

That really is a cautionary tale.

Nowadays, it’s thought that as many as 80% of blind and visually impaired children exhibit echolalia in their speech patterns. It’s an ordinary part of language development (because it’s an excellent way to practice and learn real language skills) and is often seen in normally sighted children, but their period of echolalic-type speech tends to be much shorter.

Blind and visually impaired children, on the other hand, seem to find this behavior more useful, so for them it has a more extended life. 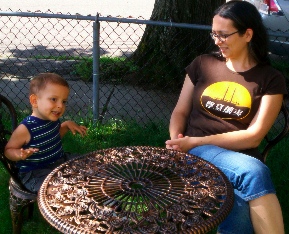 How Could Echolalia be Useful?

The uses of echolalia are many and varied. As mentioned above, it’s actually a normal stage of language development for sighted children as well. However, it’s not uncommon for blind and visually impaired children to spend a bit longer in the echolalic stage since they find it can function in some ways as sight does for other children:

Mum interprets correctly that this is Tommy’s way of saying that he heard her.

Mum pulls her own hair out, strand by strand.

Ironically, even though the blind child seeks social inclusion with his use of echolalia, he is actually increasingly seen by others as different. In addition to the echolalia, pronoun confusion is apparent in the speech of many blind children, and this only serves to multiply his apparent detachment from the group.

Also, because his conversation can only ever be within the experience he already has and the clarity and usefulness of his experience is lessened because of his blindness, breaking away from this speech pattern can be very difficult, and what started as a transient developmental stage can become a rigidly performed habit.

What can you do to minimize echolalia? 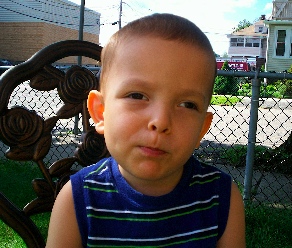 It is crucial to your sanity as a parent to remember that “This too will pass.” Every child at some point exhibits idiosyncratic quirks of behavior. Showing your child that there can be easier, more practical ways to use language to achieve what he wants is the most effective use of a parent’s time. Gentle, persistent guidance may be difficult when he is repeating for the 30th time something that was inane the 1st time, but it will work.

This is not about preventing him from speaking and neither is it about a parent exerting dominance or control over a child’s speech—on the contrary. This is about providing a path for your child to explore language, expand his abilities, and behave as an ordinary, social person and eventually a well-rounded, normal, socially-aware, and happy adult. And, as with raising any child, it’s a huge and daunting task!

Here are some tips to help you cope with your child’s echolalia and encourage him to move on to more expressive forms of language. Read through this advice and work on what seems the best approach to you. Remember, all kids learn at their own pace and react in their own ways, so be patient and don’t give up!

This is a long term issue, no quick fixes, no magic wands and it’s a bit like guerrilla warfare; you’ll have to be ever vigilant, ever ready with the correct word or phrase (or sometimes just an understanding cuddle) to save the day. And remember, it’s no fun for him either. Start today and help him help move himself toward freedom of expression. (And just think of all the great arguments you’re going to have when he’s older!!!) 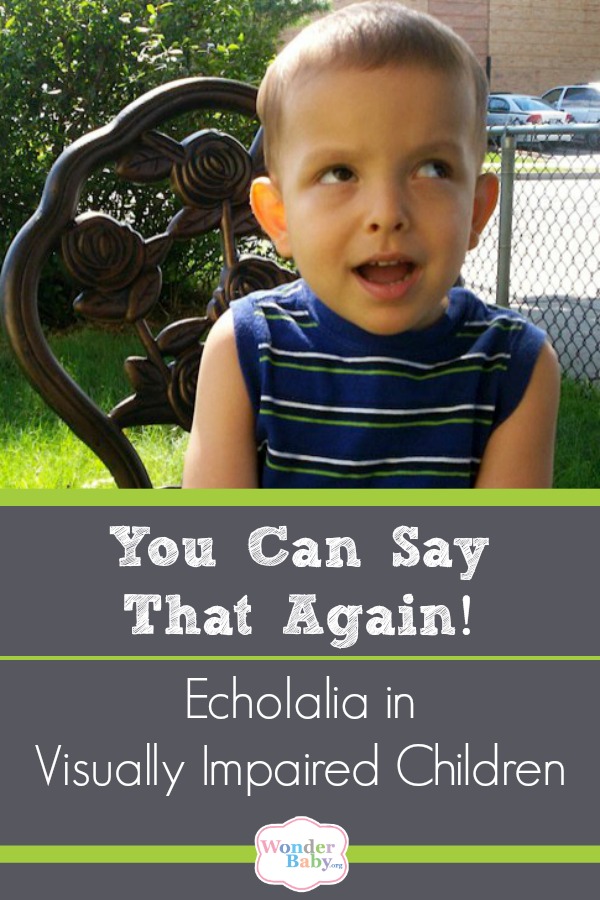