5 TED Talks by Presenters Who Are Blind

Oh, TED. The conference dreams are made of where people don’t just listen… They act. The world is changed for the better because of one person and 18 minutes. For everyone who’s already familiar with TED, you know that once you’ve watched your first TED Talk, you’re instantly hooked. The rest of you may be wondering, “Who is this TED and what does he talk about?” Well then, let me explain.

TED began in 1984 as a one-of-a-kind conference where Technology, Entertainment and Design converged, and today covers almost all topics — from science to business to global issues — in more than 100 languages. Meanwhile, independently run TEDx events help share ideas in communities around the world. Perhaps the most unique part of the annual conference is the TED Prize given to one or more speakers, providing them each with one wish to request the audience to grant them.

The TED: Ideas Worth Spreading website is home to every TED Talk video where anyone can access them in a number of languages or as text transcripts. Once you start watching, you’ll learn about things you never would have imagined.

Here are five TED Talks given by presenters who are blind. Not only are they entertaining and educational, each speech is perfectly balanced with the right amount of seriousness and wit to keep you watching – and laughing – more and more!

How I Use Sonar to Navigate the World by Daniel Kish

If you’ve heard of people who are blind using echolocation, then you’ve probably also heard of Daniel Kish. If not, then you’re really in for a treat. Born with bilateral retinoblastoma, he is now the most well-known advocate and trainer for independent travel using echolocation. He travels the world educating others about ‘Perceptual Navigation’ with World Access for the Blind, even teaching young blind children the useful technique.

In his talk at TED2015, Daniel demonstrates how he uses echolocation by making clicking sounds with his mouth, listening for the feedback, then uses the information to create a 3D model of his surroundings with his mind. Oh, and he uses a cane, too! Despite Daniel’s personal opinion about himself, I believe he and his, dare I say ‘talent’, are truly remarkable. His wit and charisma will leave you longing for more.

Be sure to watch the very end when TED Curator Chris Anderson comes out to ask Daniel a question or two!

Design with the Blind in Mind by Chris Downey

Universal design. Born accessible. Accessible out of the box. As parents and teachers, we’ve all wished, hoped, prayed and advocated for the sighted world to include the needs of those with visual impairments. Chris Downey, an architect who lost his sight in his 30’s due to complications after having a brain tumor removed, believes that designing with the blind in mind creates a better community for all.

Throughout his Talk, “Designing with the blind in mind,” Chris entertains the audience with a variety of personal stories including sighted people giving him unwarranted advice, confusing directions and a laugh-out-loud account of the time a man took a “death grip” to his arm and pulled him across the street speaking Mandarin the entire way. By the way, Chris never asked for help, nor does he speak Mandarin!

You won’t be disappointed with taking a few minutes out of your day to listen to Chris’s compelling story and his ideas for the city that could be.

How Technology Allowed Me to Read by Ron McCallum

Ron McCallum exudes warmth and sheer joy during his TEDxSydney Talk in 2013. Ron has been blind since shortly after birth (1948) due to retrolental fibroplasia at prematurity, but insists he was born at the “right place at the right time”.

He begins his Talk describing a memory from his childhood when he placed his hands on the pages of a book. He was told by his mother that he couldn’t feel the print and pictures on the page of the book, but he was not satisfied with that answer. As a parent who has uttered those same words, a knot formed in the pit of my stomach when I heard him recount this story, envisioning my own daughter being denied these same rights, decades after Ron experienced them. Now it is more of an issue with cost than anything else.

Fortunately, as Ron goes on to explain, technology advancements continue to provide a way for children and adults to access many Braille books, both on paper and digitally. Ron takes the audience on his personal journey from young adulthood to the current time as he tries out new assistive technology from the first refreshable Braille displays, OCR scanners, website accessibility and the Marrakesh Treaty.

Ron’s Talk reminds us why we should truly appreciate the technology revolution that has given access to the world for many people with visual impairments, including our children.

“Accessibility ignites innovation.” These three words poetically sum up the TED Talk given by Chieko Asakawa, an IBM Fellow who has been blind since age 14 and recently spoke at TED@IBM.

Chieko’s Talk, “How new technology helps blind people explore the world,” takes the audience from a time during her teen years when she would Braille her own textbooks while her brothers read them aloud to today’s latest and greatest technology for true independence—software she’s helped develop. You’ll be amazed at the navigation app she demonstrates and the others apps and hardware involving crowdsourcing and artificial intelligence. Another app can only be described with the now not-so-futuristic phrase, “cognitive assistance.” Wow!

If you’re not prepared, Wanda Diaz Merced might just leave you scratching your head as she delves into astrophysics topics that go beyond common knowledge! But don’t let it discourage you from listening to her speech in its entirety. It’s full of out-of-this-world discoveries and line after line of the ideal advocacy quotes you’ll wish you had at your last IEP meeting.

Wanda is a scientist who lost her sight as an adult due to an extended illness, leaving her no way to do the work she loved. Then she realized that the graphs she could no longer see we’re just tables of numbers represented as a visual model and began using sonification (the production of sound) to “read” the advanced astrophysics graphs and data. She actually listens to the stars!

The most significant and surprising outcome from using the sonification tool was something that included sighted people, too. But you’ll have to watch her TED Talk to find out what it is!

Can’t get enough TED Talks? Here’s a playlist on Designing for Disability to keep you going! 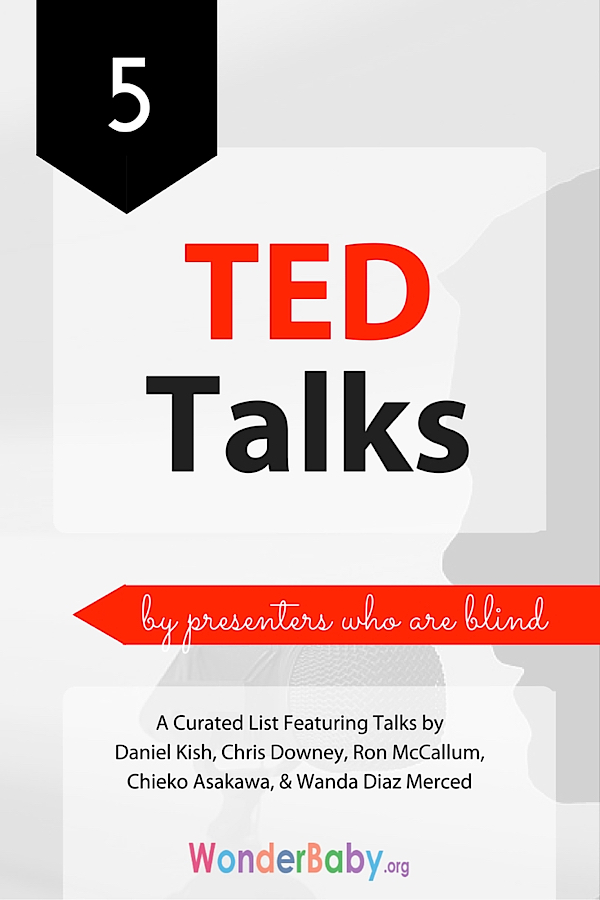 Jul 7, 2016Hillary Kleck
What are your thoughts?
The Science Behind an Upcoming Treatment for LCA10/LCA-CEP2908 things I am so done with as a special needs mom