This Blind Boy Can! How to Teach Your Child Independence and Start a Movement

Our first child Lucas was born in June 2002. Within a few days it was obvious that he had life threatening medical issues. The most serious (or so we thought) was a heart defect which required surgery. His developmental delays and his failure to look at us were explained away by his lethargy and failure to thrive.

However, as the first difficult months progressed, we had doubts and concerns: He startled easily to sounds, didn’t reach for toys and never looked us in the eyes. He “passed” his 8 week vision check, so we put those worries to the backs of our minds whilst we concentrated on his heart, but Iain’s Grandpa pushed us to challenge this. He suggested that he had known lots of babies and Lucas wasn’t seeing properly.

After a number of upsetting unsatisfactory appointments, we were told that Lucas had a condition called Optic Nerve Hypoplasia and he was blind.

The next few months have vanished mostly from my mind. I remember having to tell our relatives, friends and colleagues, and hearing the pain in their voices. I stopped going to baby groups, unable to check my anger that everyone else’s baby was fine, then I hated myself for feeling that.

At 5 months, Lucas underwent 7 hours of open heart surgery. Iain and I were plunged into a medical world; we learned about SATS, NG tubes and experienced the pain of watching Lucas be bruised by Cannula after Cannula (the worst of which was in his tiny forehead). We watched our beautiful boy go through surgery, PICU, High­Care. We learned how to pick him up without opening his chest. We were fairly young first-time parents and were completely out of our depth, yet we discovered that each of us was prepared to challenge decisions and medical opinion if we felt Lucas needed us to. We also learned that Lucas was fighting just as hard. 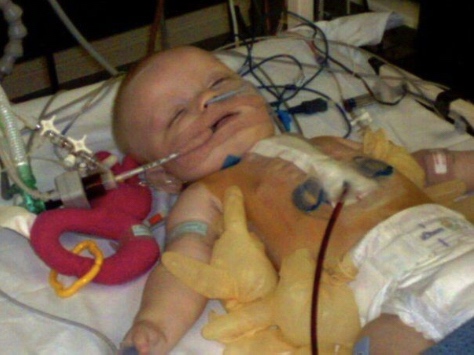 After we had moved through surgery, we could start to look to the future. We tried to learn everything we could about his conditions and blindness. We started learning Braille. We went to Physio, OT, SALT, Singing Classes (to get him to open his mouth and vocalise); we pushed educationally to get him the provision he needed and emailed a Doctor ourselves as we didn’t feel he was getting the care he needed.

The thing that we didn’t challenge was Lucas’ future. Blind people who we “met” online or saw on television could be bright, engaging, accomplished people, but were seemingly led through the sighted world. This, we thought, was the norm.
Then, when Lucas was 4, we saw a documentary on television about a boy called Ben Underwood, who used tongue clicks to navigate his world. The programme showed Ben being taught Mobility skills by a Californian blind man named Daniel Kish who used a very long white cane, moving about his environment gracefully and with ease; using just his cane and a clicking noise. We watched mountain climbing, bike riding and autonomous travel. We couldn’t quite believe what was being taught to blind children by World Access for the Blind. We Googled and emailed Daniel, not sure what to expect.

We received a brilliant email from Daniel asking questions about Lucas, explaining some of his behaviours and sounds. We had found someone who could help us understand Lucas’ world!

After some fundraising and donations, we arranged for Daniel Kish and his colleague Brian Bushway to come and work with Lucas.

Their methods and skill with travel astounded us. From our standpoint, our experience (then and now) watching blind people clutching an elbow as they moved cautiously through society, here were two completely blind men who travelled around the world and across countries with no support or “help” from sighted people at all. It was truly mind blowing!

We worked with them for four days. I was told to immediately (in a nice way!) stop holding Lucas’ hand, a tiny blind boy, as he used just a long cane to walk around a lake. I was terrified! I had to stuff my hands in my pockets so I didn’t reach out to him. Lucas was pushed, challenged, cajoled (and supported) to begin exploring his environment on his own. This was the beginning of his (our!) Self­Directed Discovery: Learning about the world by exploring it, not by being guided around or just having it described; a passive participant. We were officially following a “No Limits” mobility approach, and we haven’t looked back! 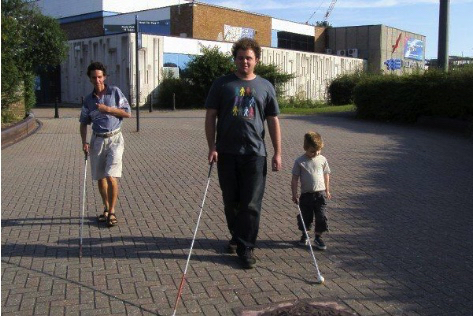 Lucas was taught Flash Sonar by Kish, a technique sometimes called “echolocation,” but Kish argues that this is misleading. He learned to make a crisp tongue click rather than a “cluck click’” and he learned how to hear different surfaces by the echo they made: corners, walls, paths.

We explored our environment within a small 3 mile radius in such detail, and Lucas at 4 was already becoming controller of his own destiny. It wasn’t easy at all: He had the usual 4-year-old tantrums; we explored some of our grief; we once watched him walk into a wooden bollard which is an effective way of learning to protect his whole body with his cane. 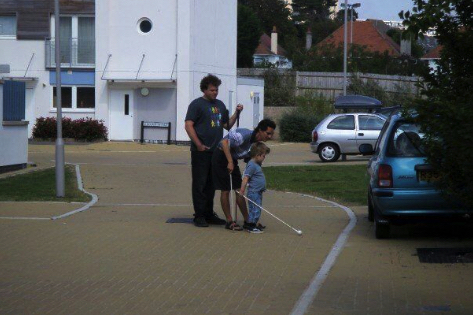 We also began a difficult dialogue with Orientation and Mobility officers who claimed they “understood” what we wanted for Lucas. It was clear they didn’t when they tried to “guide” Daniel and Brian! (they politely declined). It continues to this day.

What Daniel, Brian and World Access for the Blind have done for us is challenge the very premise of “independence” as it is taught to most blind people. The traditional Orientation and Mobility taught in this country started as a system devised to rehabilitate newly blinded soldiers. It has never been devised to teach children, never mind congenitally blind children! Children are often only given canes at age 5, 6 or 7 and even then, they are only given them for a mobility lesson, then taken away again. Or canes are given, but “Sighted Guide” is still seen as a mobility technique rather than the disenfranchising practise it is. The idea that canes shouldn’t be given to children until they have perfected their technique is akin to not letting a child have a pencil until they have learned to write fluently. Canes should be long ­ children should be running, moving quickly and blind children are no different. None of this is the norm in the UK. There is now a dialogue headed by Blind Children UK that all children should be given mobility lessons (unbelievably this isn’t even a given), which is brilliant, yet the question of what is truly achievable remains unchallenged.

When we attend events with other blind children, often parents and children ask us how Lucas moves the way he does, and his very small level of vision (he developed some close up vision at age 9, but he is a braillist!) is questioned. When parents realise what is possible, they immediately want to find out more. We kept loaning out spare canes of Lucas’, and in the end we set up the Common Sense Children’s Cane Bank and have loaned out over 100 canes across the UK to date. 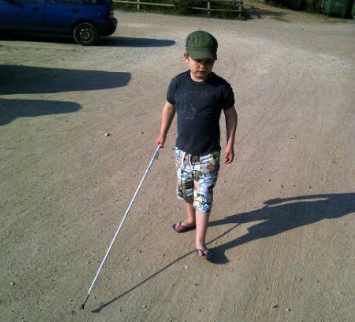 We had our “fifteen minutes of fame” on the BBC, ITV, radio stations and so on when Lucas was young, but the message that was portrayed was that “echolocation” makes everything possible ­ like a magic trick. What we want people to know is that Flash Sonar is incredibly helpful as a tool, but it is used along side the long cane, Self­Directed Discovery and No Limits Mobility to open the world to blind children.

Blind Children and their parents have a right to see a different future for their children ­ they should be taught how to explore their world, be given a cane as soon as they start to move, and that the “does he take sugar?” practice of guiding and route learning is unsuitable and dangerous. Blind children have rights! It isn’t fair to limit their possibilities! Thanks so much to Daniel for changing all our lives immeasurably. Hopefully this notion of independence and mobility will change other lives the same way.

Daniel Kish @TEDx (To a sighted audience): “Try to imagine, every movement of your existence predicated upon someone else. Someone to direct you. Someone to show you where to go and what to do. If you grab onto someone, you might just not let go. And what happens to your life?”

Not for our boy.

Sarah Murray is mum to Lucas and lives in the UK. You can follow her on her blog at Common Sense Parents or on Facebook. She’s also spearheading the #blindkidscan movement. 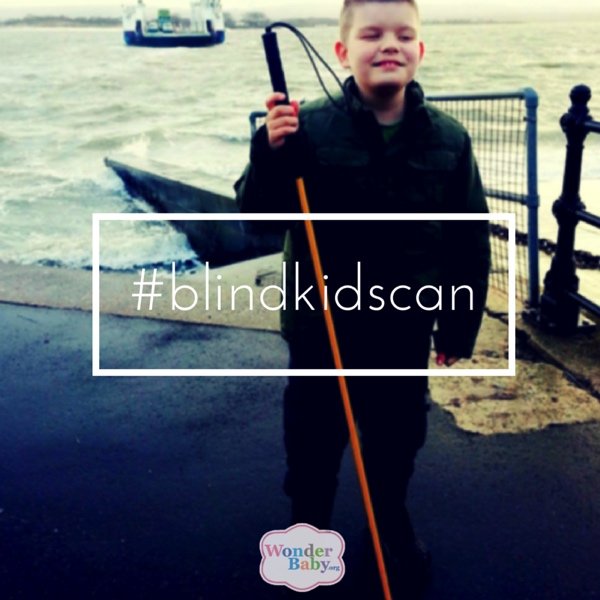