It may seem like 3D printing is still something only found in the Jetson’s household, but recent advancements have reduced the complexity and price of this futuristic tech and it may not be long before you have one of your very own at home. 3D Printers are already in many schools and businesses around the globe, performing a variety of jobs from serving as a creative teaching tool in STEM classes to prototyping the latest gadgets that will soon fill the shelves of Amazon. One extremely important use for this advancing technology is within the medical field, and more specifically for our audience, the field of vision.

The most common material used in 3D printing to date is plastic. It’s cheap, easily molded and even recyclable. However the usage of plastic, or any single material, limits the designer and hence the design of what can be made and how it can be used, not only in medical research, but in any industry. So to expand the possibilities, scientists and engineers have invented a number of various 3D printers that can be used to print anything from human tissue to electronic components, bringing the concepts of bionic parts and curing blindness closer to reality; and in some forms, they’re already here.

Tired of wearing the same frames every day? Want to change it up with a little variety in color and shape? Then try 3D printing your own customized set of eyeglass frames next time! You can design your own if you have a little CAD knowledge with the help of this guide on Instructables. But you don’t have to start from scratch thanks to the people at Protos Eyewear who have successfully crowd funded their startup. Their platform uses an algorithm and two photos of you to find a perfect set of frames tailored for your face and style. They’re a little pricey now, but costs can be expected to drop once more startups like them enter the market over the next year or two.

Another company out of Europe, LUXeXceL in the Netherlands, has successfully printed the first sets of glasses, including frames and lenses (yes they printed optics!), for the Dutch Royal Highnesses King Willem Alexander and Queen Maxima. Although they haven’t hit the general consumer market quite yet, it’s reasonable to think that this may be the next step in eyewear worldwide. Because of the lowered costs, there isn’t a need for mass production and store inventory, plus the product can be fully customized and built on an “as-needed” basis.

In fact, the lower costs of 3D printing for customized products is one of its major advantages over current manufacturing methods. The company Advanced Artificial Eyes is definitely aware of this and is combining 3D printing with their own expertise to develop prosthetic eyes. Prosthetic eyes must be shaped to fit the individual’s unique eye socket shape exactly to be the most comfortable for the person and not lead to long-term facial deformity. With high-resolution printers, ocularists can print custom eyes with multicolored iris, to match the other eye if the case is unilateral or if the eye was removed, or even match the parents’ eyes if a child is born needing prosthetics. The digital eyes designed by ocularist John Stolpe are so detailed that Fast Company magazine has deemed them works of art and “hauntingly beautiful.”

It’s only reasonable to assume that if eyewear and prosthetic eyes can be 3d printed, then eventually so will contact lenses. So what’s the catch? Well scientists aren’t leaving it at just correcting vision. If you’re going to put something customized on your eye then it needs to do more, like monitor your blood glucose level or dispense medicine. Researchers at Princeton have gone a step further and implanted a QLED (quantum dot light display) on a rigid contact lens that actually projects beams of colored light. This means that one day your mobile phone screen could be displayed directly on your contact lens, or other data and media could be played directly on your eye. Imagine not needing a TV or theater screen to watch your favorite movie but instead it shows up directly in your sight on the contact lens! Although there’s still a lot of development needed to find solutions for powering the QLED and using a flexible contact lens, the contact lens head-up display is in the works.

The challenge with head-up displays is that the user must be able to see what’s being shown, or have an accessibility feature similar to Apple’s VoiceOver, which reads text aloud. So then what would be the ultimate solution? Many would simply agree on the ability of sight; and while there are many causes of blindness, one major cause is retinal damage. 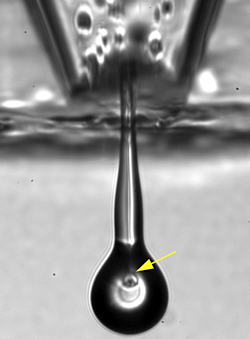 There are many different types of retinal damage including retinal detachment, diabetes, disease, macular holes, among others. Each of these can also be caused by many different factors such as heredity, health, and even trauma, and while scientists continue to work on preventing these causes, the idea that they could all be corrected is even more promising.

Scientists and engineers at the University of Cambridge are researching the ability to print layers of cells to compose retina tissue using a 3d printer, with functions similar to an ink jet printer like we use every day. The material being dispensed? Well in the latest stage they have successfully used cell from the retinas of rats without any harm being done to the cells. Ideally, the cells would be implanted into the eye where the damaged cells are located, and thereby serve as healthy replacement cells.

For now, it isn’t known if the 3d printed cells would function the same as complex human retinal cells. However if (or when!) the unique multi-dimensional architecture of retinal cells could be built using 3D printing techniques, the goal of rebuilding a retina would be launched many steps ahead, bringing the idea extremely close to reality in efforts to cure blindness caused by retinal damage. You can read more about the retinal cell research on dezeen magazine’s website.

But what if the cause of blindness isn’t just in the retina? What if you’re a person diagnosed with anophthalmia (the failure of the eye tissue to form in utero) or had to have your eyeball removed due to cancer? What if you need an entire eye?

MHOX, a company based in Italy, has released information that they are working on an actual bionic eye that would combine 3D printing tissue with electrical components to build a working eye that would connect to a base implanted inside the eye socket which connects to the optic nerve, and thereby the brain. As a bionic eye, the concept design also has a camera capability complete with filter effects and wifi. They’ve even gone as far to estimate that the MHOX EYE to enter the consumer market in 2027. While it may seem too far-fetched or even optimistic, think of the strides in technology we’ve seen in the past twelve years. The first iPhone was invented only eight years ago in 2007! Look at how mobile devices have advanced since then… technology, although sometimes overwhelming, is truly amazing! 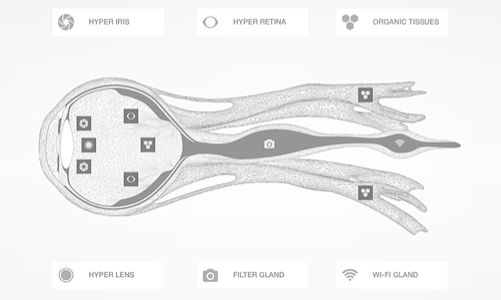 3D printing has made an impact on the lives of people with visual impairments in areas other than sight, too. One remarkable way is how doctors, designers, and Huggies Brazil, made it possible for a blind mom to “see” her unborn child at her monthly appointment by creating a 3D model of the baby’s face from the ultrasound for her to feel. The video created in part by Huggies as part of their campaign centering on the theme “Every mom deserves to embrace each moment” is shown below. We think every blind mom deserves a 3d printed model of their baby!

Have you experimented with 3D printing or know about a story like the ones above? Share it with us in the comments section below! If you’re interested in learning more about 3D printing, read our article “The World of 3D Printing” for more information. 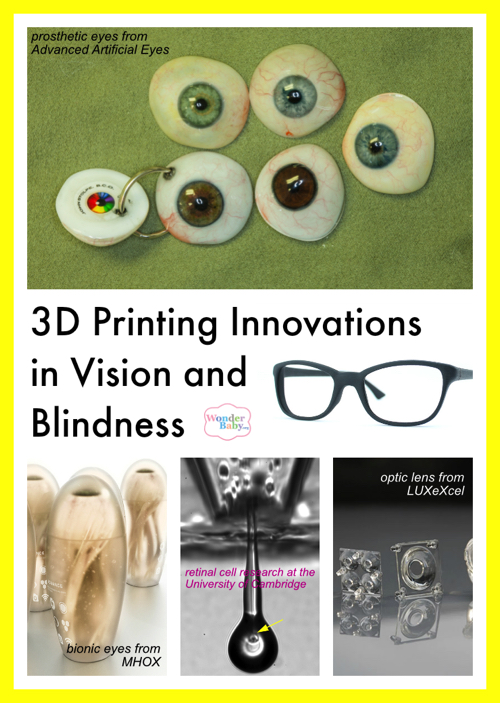 May 13, 2015Hillary Kleck
What are your thoughts?
12 Easy Tips for Accessible Preschool Arts & Crafts for Kids who are Blind or Visually ImpairedThe Day the Crayons Quit Giveaway!