CEP290 in LCA and other Ciliopathies

Mutations in the gene CEP290 cause ciliopathies (diseases of cilia) that can range in severity from early life blindness to perinatal death. Dr. Erica Davis at the Center for Human Disease Modeling at Duke University, USA, is a known expert in the field of ciliopathies. During her visit to the Center for Integrative Genomics in Lausanne on March 21st, 2016, she was kind enough to answer some questions about her work and why mutations in one gene, CEP290, can lead to such a wide array of pathologies. But, first a short summary on cilia and CEP290 in eye function.

Figure 1: a retinal cell consisting of
cilium, cell body and synapse.
CEP290 is located in the
transition zone between cilium
and cell body.

What are cilia and what is their function in the eye?

Cilia (plural for cilium; latin for eyelash) are thick protrusions found on nearly each cell in our body. These cellular projections are composed of hundreds of proteins in different molecular complexes. Cilia have many functions dependent on the cell type they are located in; they mediate light perception, sound, odorants, pressure, flow, hormones and position in a tissue. In the eye and more specifically the retina, cilia capture light photons and control the signaling cascade turning these light photons into electric signals for efficient visual transduction.

What is the role of CEP290 in retinal cilia function?

Retinal cells can be described as a (cell) body with two arms creating the connection between the outside world receiving light information (cilium) and the inside visual transduction (synaptic area). CEP290 is an integral structural component of the transition zone between the cilium and the cell body.

Specifically for CEP290 mutations; which ciliopathies are caused by mutations in CEP290 and why is their severity so wide? Are specific mutations linked to a specific disease or does the same mutations appear in several diseases?

Mutations in the CEP290 gene are linked to ciliopathies such as neonatal lethal Meckel syndrome, Bardet-Biedl syndrome, Joubert syndrome, congenital blindness Leber’s Congenital Amaurosis (LCA) and kidney disease (NPHP). Some of these diseases can be attributed to one specific mutation in CEP290 such as in LCA (intron 26) but others are genetically heterogeneous disorders in which the mutation in CEP290 is one of many possible genetic causes. CEP290 mutations are found in 15-30% of LCA patients.

Dr. Davis notes that, “Ciliary disorders are caused primarily by recessive mutations in cilia genes. This means that an individual has to have a mutation in both copies of a gene to have the condition. However, we know that about 1000 genes are important for the function of the cilium and we have increasing evidence that mutations in other cilia genes can either aggravate or reduce the disease severity caused by the primary recessive mutation. Therefore, a physician can never rely on the symptoms associated with the recessive gene alone (such as the retina in children with CEP290 mutations) and needs to monitor children for the development of symptoms that may affect multiple organ systems.”

“My challenge now is to understand why patients with the same mutation in CEP290 show such a wide array of diseases. I am trying to unravel this by investigating all cilia gene variants in patients and then studying their function in zebrafish.”

What should readers know about ciliopathies?

“Although each ciliopathy remains a rare disease, collectively their population frequency is similar to that of common defects such as Down syndrome (collective incidence of ~1:1,000 = >100 ciliopathies × average incidence of 1:100,000),” says Dr. Davis. 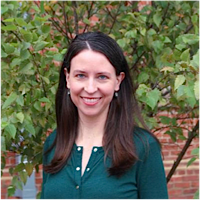 LCA is a degenerative disease. However, clinical trials often do not include young patients. If researchers find a treatment wouldn’t they prefer to try their treatment in young patients to help patients at the moment that they would benefit the most?

“Excellent question. This is an issue yes,” says Dr. Davis. “We try to overcome these issues by searching for non-invasive ways to try our treatment ideas to improve the function of cilia. In the case of LCA that is quite difficult.”

By talking about this issue with all stakeholders we might find a solution so LCA treatments can be given to patients at the moment in their life when they can benefit the most. Next time, more about a treatment that is coming up for a mutation in CEP290 that is causing LCA.

About the author: My name is Laura Steinbusch and together with Merlijn and Enzo I live in Lausanne, Zwitserland. Enzo was born in August 2014 and he is blind because of Leber’s Congenital Amaurosis (LCA). 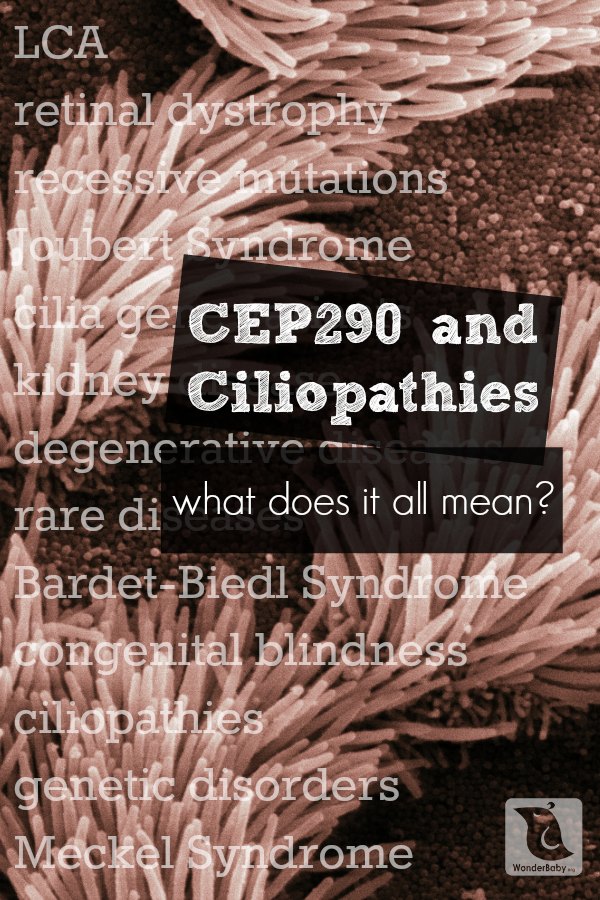 The information WonderBaby provides is not intended to be, and does not constitute, medical or other health advice or diagnosis and should not be used as such. Always consult with a qualified medical professional about your specific circumstances.