EDA PLAY has been one of my favorite apps for kids who are blind for a long time now. It’s simple, engaging and allows parents to manage the levels of visual complication through the app settings and also lets you see how well your child is doing through a skills interface.

I’ve always wanted them to expand their iPad app offerings and they finally have by introducing EDA PLAY TOBY and EDA PLAY PAULI.

EDA PLAY TOBY can be thought of as a sort of movie for very young children or anyone who is learning how to use the limited vision that they have and would be great for children with CVI. The app game is separated into two parts, Watch What’s Happening and Touch and Make Something Happen.

In the first part of the app, you’ll see a series of simple, high-contrast visuals on the screen. The shapes are well-defined and the movement is slow, but interesting. There are also fun sounds to accompany the visuals. Each scene runs 10-20 seconds long and the action and visuals become more complicated as the game progresses. 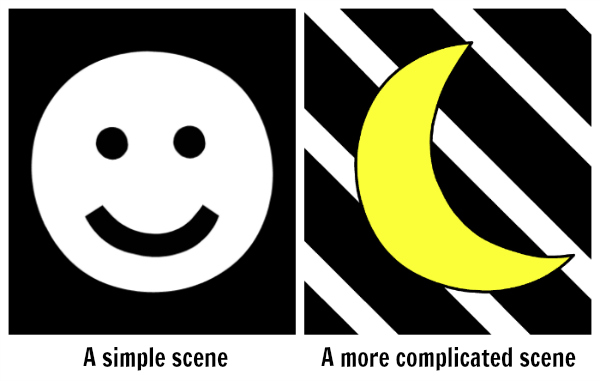 In the second part, you get to be a part of the action! Again, the visuals and movement are simple, but now you also have the option to touch the screen anywhere to create a new level of activity. For example, an orange cat appears on the screen and meows. If you touch the screen you can get the cat to purr and blink its eyes! 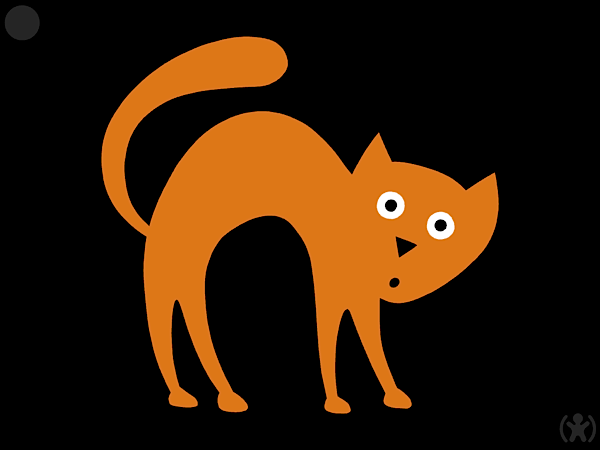 The best thing about this app (as with all the EDA PLAY apps) is how customizable it is. First of all, the parent controls are hidden in the lower right and upper left hand corners of the screen. They are grayed out so as not to distract your child while playing and you have to hold down the controls for a few seconds to open up the settings screens, so there’s very little chance your child will accidentally get into the non-game screens. 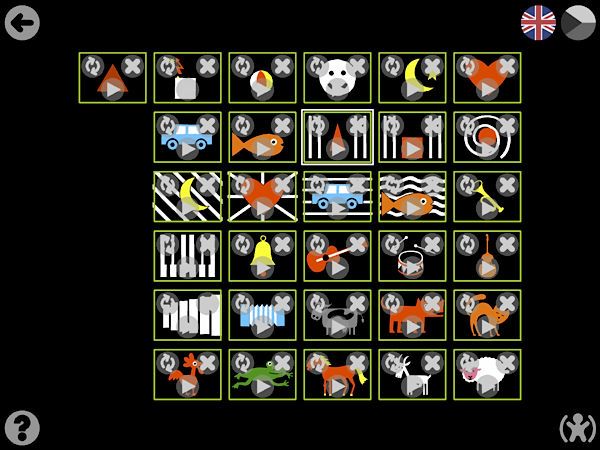 Once in the parent controls, you can choose to block out certain scenes that your child isn’t interested in or (better yet!) choose one really engaging scene to play on repeat. You can turn the sound effects on or off, choose to display a white frame around each scene and turn skill recording on and off (the app records how long your child plays the game and how many times they touch the screen).

Want to see what this looks like when played? Check out the video below: 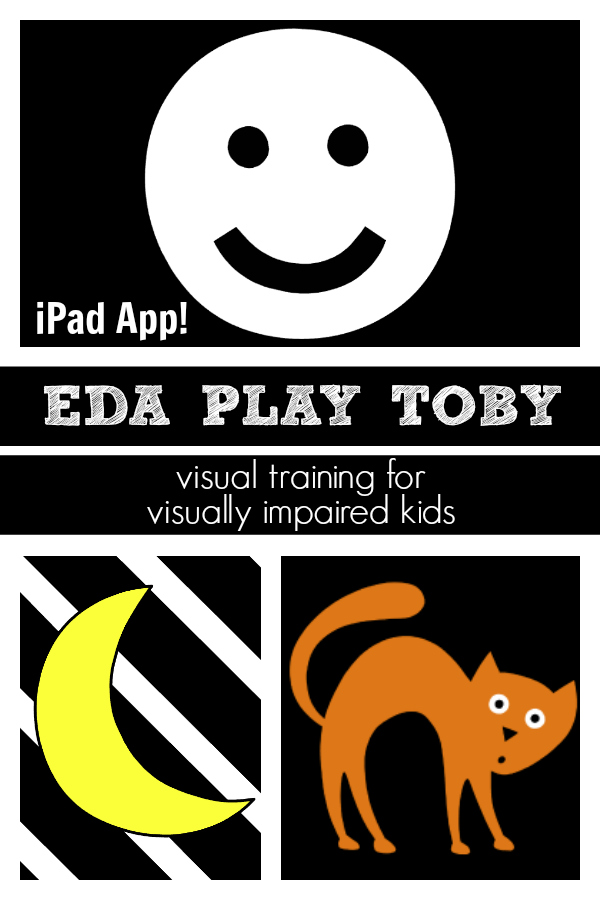