Everything You Need to Know About Goalball for Visually Impaired Athletes

How do I watch and know what’s going on in Goalball?

The first rule of watching Goalball is to be quiet. Only cheer between the official’s whistle blow to stop the clock and when the official says “Quiet Please.” Fans who are loud at the wrong time can actually get their team a Noise Penalty. Why is this important? Because the players in goalball need to be able to listen to the ball to the other players. They enjoy your cheers, but need quiet during game play. 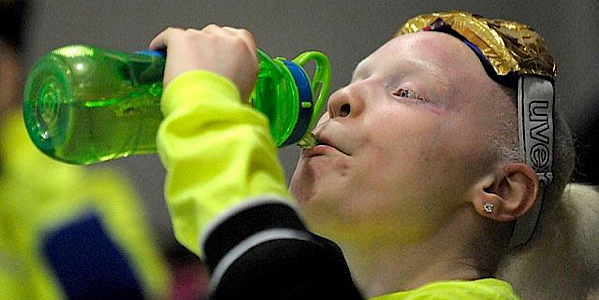 How is the Game Played?

The basic point of goalball is to score a goal… with the ball… hence the name! Similar to soccer, a player scores a goal by getting the ball through the opponent’s net. Unlike soccer, there are no rules saying you can’t grab the ball with your hands. There are a maximum of 6 players per team, 3 on the court at any given time. All players are blindfolded or eye patched and blindfolded to keep things even.

The ball weighs 2.75 pounds and has bells in it so the players can hear it. Balls can be thrown at more than 40 MPH!

A game is made up of two 12 minute halves. A Mercy is called if the leading team is up by 10 points. 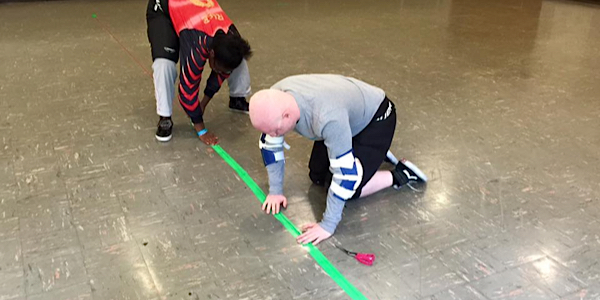 How is the Goalball Court Set Up?

The goalball court is broken up into zones by lines across it. All lines are made by placing tape over string and can be felt by the players. Going from one end to the other the lines are as follows: 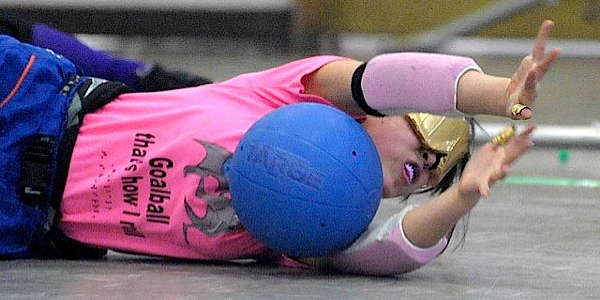 It may sound complicated, but really goalball is a fast-paced and exciting game! Getting your child involved in goalball is a great way to encourage team building, communication skills and physical activity. Goalball is regulated by the International Blind Sports Federation (IBSA). Learn more here! 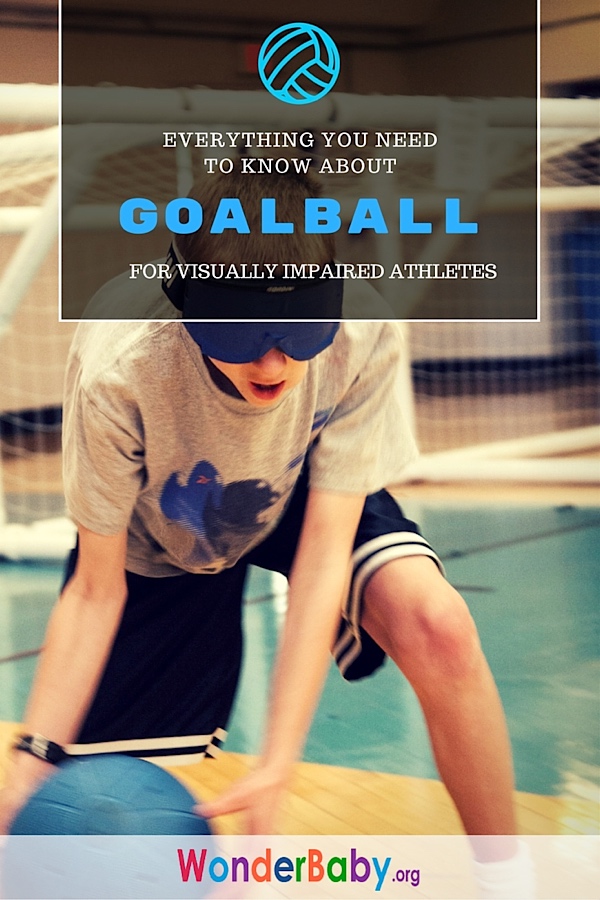 9 Kiddie Pool Games to Keep You Cool This Summer

Looking to keep your kids busy outdoors this summer? These fun kiddie pool games are both fun and cool!

Unoccupied Play: Everything a Parent Needs to Know

Unoccupied play is your newborn's way of learning about the world, and you, through play. Find out everything you need to know about this stage of development.