Top Medical Breakthroughs in Vision in 2014

Stem cells probably win for the most stories in the news this year, however the new pill to treat LCA has my vote for most innovative. Of course the award for coolest invention hands down goes to 3D printing of retinal cells. I mean, who on earth would have thought that was even possible just a few years ago?

Read on for more innovations and breakthroughs in vision research…. 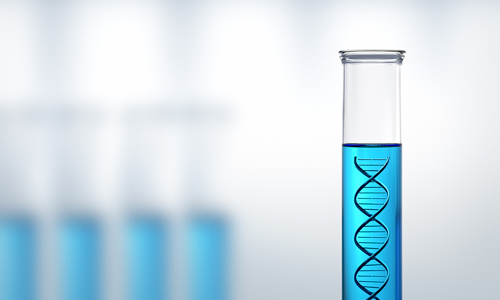 There have been some major advances in gene therapy this year. One that is particularly exciting to me is the development of a treatment designed to deliver healthy, replacement genes that are currently too large to be a part of traditional gene therapy.

The basic concept behind gene therapy is that researchers use a vector, generally a human-engineered virus, that can hold copies of healthy genes and replace the mutated genes in a patient, thus turning on or off the genetic element that the mutation has been disrupting. But these vectors can only carry so much. So for large genes, like CEP290, one of the leading causes of Leber’s Congenital Amauorsis (LCA) (and also the genetic mutation causing my son’s blindness), gene therapy hasn’t really been an option. Until now.

Read more on the Foundation Fighting Blindness blog about how researchers are using lentivirus to deliver healthy genes in patients with CEP290 and other large genes.

In other gene therapy news, you can also read how researchers are developing an effective gene therapy treatment for Choroideremia, a rare genetic disorder that affects the choroid and retina, causing degeneration and blindness, or how gene therapy for the Guanylate Cyclase Gene (GUCY2D), which causes another form of LCA, has recently received a large grant to continue its successful research. 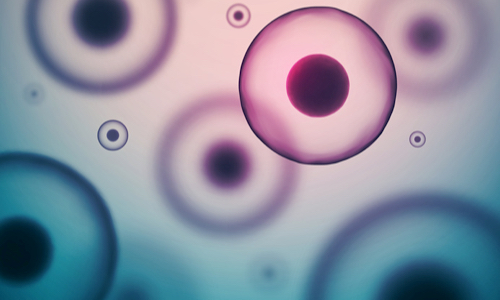 One of the biggest pushes in stem cells in recent years has been to treat patients with their own adult stem cells. This avoids any ethical issues around embryonic stem cells and also enhances efficacy by using a patient’s own cells. One way to do this is through Induced Pluripotent Stem Cells, or iPS. “Pluripotent” means that the cells are able to become almost any type of cell in the body… just like embryonic stem cells, but without the embryo. This research follows on the work done by Dr Shinya Yamanaka, who won the 2012 Nobel Prize in Physiology or Medicine for his work with stem cells.

We’re also increasing our understanding of how stem cells work. At Boston Children’s Hospital, researchers are delving into the variability of stem cells in order to better understand how they develop into adult cells and how we can control that development.

Another exciting advancement which focuses more on vision is the ability to grow replacement corneas using adult stem cells. Researchers in the UK have also developed a technique using stem cells in the corneal limbus, an area of the eye, to grow photo-receptor cells, retinal cells responsible for sight loss in people with retinitis pigmentosa and macular degeneration. 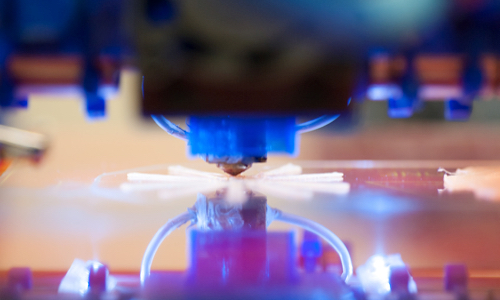 So this is just plain cool. Did you know that researchers are working on using a 3D printer to print retinal cells? They are printing ganglion and glial cells, nerve cells in the retina. The hope is to one day get to a point where human retinas can be repaired with artificial tissue grafts printed on a printer. Amazing! 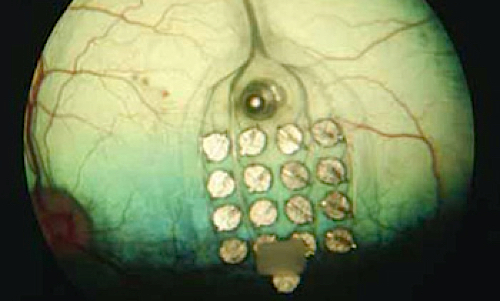 Bionic retinas are retinal implants that pick up signals from glasses worn by the patient. Essentially, the glasses send images to a processor that stimulates electrodes implanted near the retina, which can then send an image to the brain for processing. We have the Argus II available in the US and Europe and Alpha IMS available in Europe. Now we can also add Bionic Vision Australia to the list.

Another company in Israel has developed a tiny implantable miniature telescope to treat end-stage age-related macular degeneration called the CentraSight, which works by enlarging images and projecting them onto the unaffected areas of the retina. 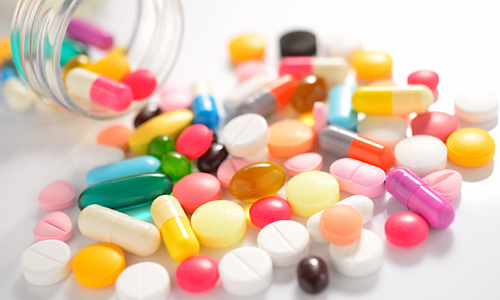 An exciting development this year was the announcement that researchers in Canada have had success with an oral medication to treat LCA caused by mutations in the RPE65 or LRAT genes. The medication works by “waking up” the retinal cells so they can do their job, resulting in better visual acuity and/or increased visual field in those who tried it.

There’s also news of another drug which is currently used to treat multiple sclerosis that may be effective in slowing retinal degeneration. Research is in the animal phase, but the hope is to develop clinical trials with an eye drop in the near future.

Want to learn more about the latest breakthroughs? Check out these Top 10 Assistive Technology Breakthroughs of 2014.

Teething rash is a common issue that most babies develop when their teeth erupt through the gums. Learn how to spot this unsightly rash and stop it in its tracks.

Whether you’re using traditional or baby-led weaning, these healthy baby breakfast ideas will give your hungry little one a great start to the day.

What Is RSV and Should You Be Concerned?

RSV is a common and very contagious respiratory virus. Learn about the signs and symptoms of RSV and what can put your child at risk.