The Japanese robotics firm Cyberdyne is working on creating a robotic exoskeleton that could, in theory, replace wheelchairs and allow for much more natural movement.

The exoskeleton is named HAL, which stands for Hybrid Assistive Limb, and it’s essentially a robot that you wear (making the wearer kind of look like something out of the old Robotech cartoons). Currently the HAL system is 50 pounds (which is heavy if you ask me) and runs on batteries that can last up to 2 hours and 40 minutes. It’s designed to help with basic movement, like getting up from a chair, walking, walking up and down stairs or holding and lifting heavy objects.

So how does it work? Cyberdyne says:

When a person attempts to move, nerve signals are sent from the brain to the muscles via motoneurons, moving the musculoskeletal system as a consequence. At this moment, very weak biosignals can be detected on the surface of the skin. “HAL” catches these signals through a sensor attached on the skin of the wearer. Based on the signals obtained, the power unit is controlled to move the joint in unison with the wearer’s muscle movement, enabling HAL to support the wearer’s daily activities.

Could this be a breakthrough for people in wheelchairs? Or is it still science fiction?

PosAbility Magazine reports that HAL just received an EC certificate from the German safety monitoring agency, which means that it has been deemed safe and may be open to sales in Europe. Maybe it’s too soon to expect to see HAL in use, but it’s an interesting idea! 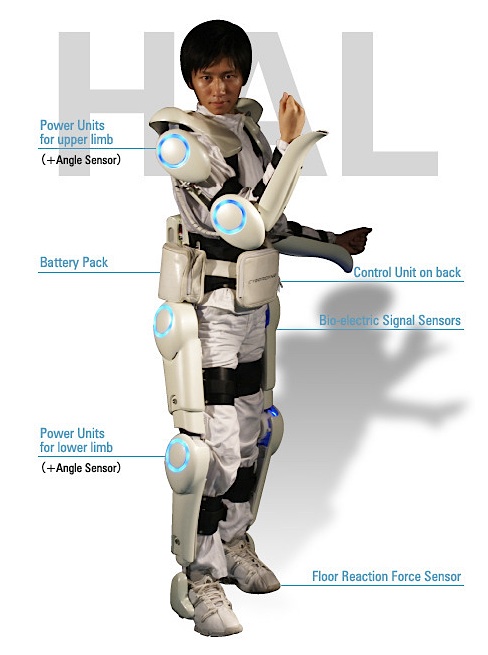 Feelif just released two applications that will help blind and visually impaired users have a better understanding of their surroundings and of photos.

Feelif is a tactile tablet that is able to combine native features of the Samsung tablet, like vibrations and the built-in screenreader, with a tactile surface to create a whole...

Switch Play: Using a switch for communication and play!

For children who are non-verbal or have low motor coordination, switches can be a great way to augment their play. If you're just getting started with a switch you may...