A Quilt of Many Textures

Victor’s whole life, all ten months of it, has been filled with a community that loves him.

Born at 25 weeks gestation, weighing 1 lb. 13 oz., he overcame many odds, finally graduating from the NICU and coming home to us, his adoptive family, at three months of age.

From the moment we made the decision to adopt this little peanut, our friends and family became an ever-widening village that loved on and prayed for their newest friend, following his progress on our family’s blog.

Having overcome so many odds, including ROP, Victor’s diagnosis of bilateral optic nerve hypoplasia was a shock to all of us but it didn’t change anyone’s love for him or interest in his story.

So when our vision therapist suggested ways to introduce textures to Victor, I knew our friends and family would want to be a part of the fun. 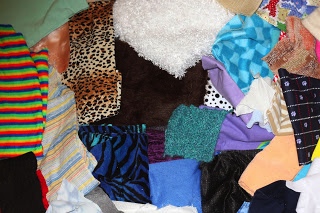 I put a plea out on Facebook and on my blog, asking for donations of fabric and ribbons. Within days the donations came pouring in. A piece of silk here, a swatch of terry cloth there. One family donated a piece of alpaca wool with directions so that Victor’s older sisters could dye it with Kool-Aid and Jell-O. The same family also knitted a square to be included in the project.

Soon I had enough to make a quilt: Victor’s Quilt of Many Textures, as it came to be called.

It may not be the prettiest thing to look at, but who cares?

We can tell that Victor prefers certain blocks over others, sometimes enjoying it on his stomach, feeling the patches with his hands. Other times we put it under his feet as he moves in his Johnny Jump-up. And with all the left-over fabric I’m on to the next project, beanbags in sets of two so in the future Victor will have a memory game of sorts.

If you are interested in Victor’s story, you can read about it on our blog, The King Zoo and Funny Farm, starting with April 25, 2013.

If you are interested in purchasing your own Quilt of Many Textures for your child, please email kingzoo@comcast.net for more information. Maybe you even have a swatch or two of your own to add? Maybe a favorite pair of pajamas or a piece of that old beloved blanket? 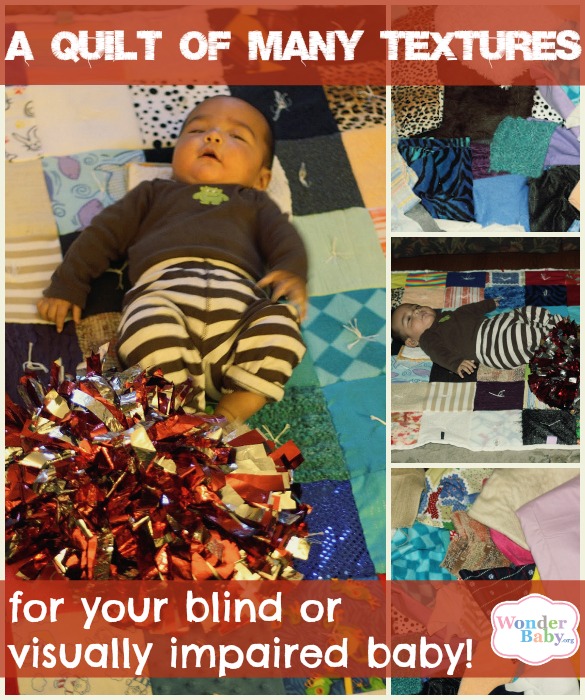 Worried your child may have tactile sensitivity? Here is all you need to know.

Small sensory spaces can be just as effective as large expensive sensory rooms, but they can fit into both your home and your budget!